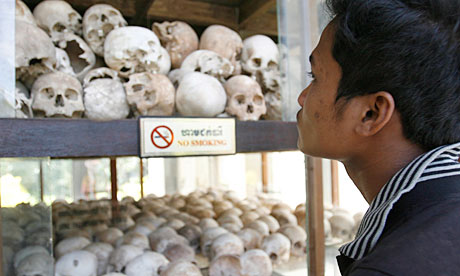 This week, after more than 30 years, a United Nations supported tribunal began the trial of the three highest ranking surviving leaders of the Khmer Rouge–the Communist government responsible for Cambodia’s notorious killing fields in which some 2 to 3 million Cambodian men, women and children were systematically slaughtered between 1975 and 1979.