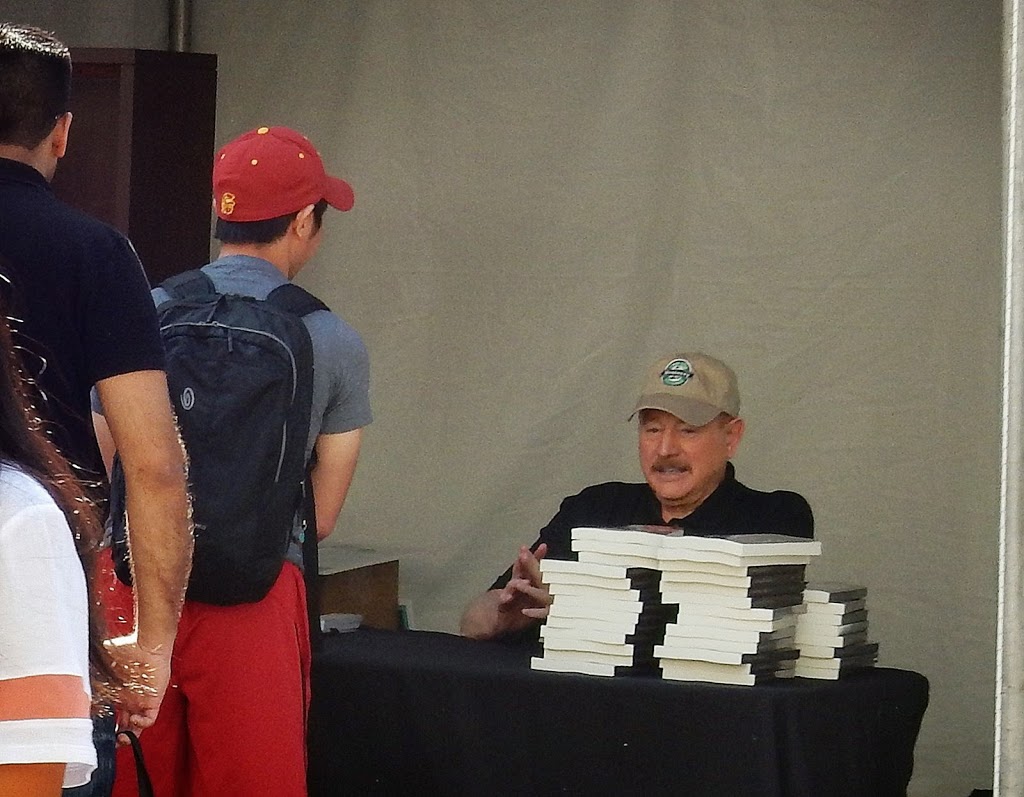 At the Los Angeles Times Festival of Books this past weekend where I was signing my book Finding Billy Battles, I was asked several times about the research process for writing historical fiction novels.
I explained that researching the first book in the Finding Billy Battles trilogybegan with my own memories. I grew up in Kansas listening to the way my great-grandparents, my grandparents and my parents spoke. Everybody in my family grew up in Kansas, so it is no stretch to say that I was immersed in “Kansas-speak” from an early age.
Nevertheless, even though I grew up in Kansas and I know the places where my characters live and work very well, I didn’t know what those places were like between 1878 and 1894–the time span in which the first book in the Finding Billy Battles trilogy takes place. So I had to do significant research and I am glad I did. It helped me write a book that I believe is historically accurate.
Luckily, I was able to do a lot of research online. I spent a lot time mining the website of the Kansas Historical Society as well as the Ford County and Douglas County Historical Societies. There were many other places I found useful information of the period, including the Atchison, Topeka and Santa Fe Railroad.
I am a relentless researcher. That comes from my 27 years as a journalist with the Chicago Tribune. During that time I learned how important accuracy is for the credibility of a journalist and the news organization he or she works for. Your stories MUST be accurate in every detail, otherwise it, you and the company that employs you lose credibility.
Similarly, I believe authors who write historical fiction owe it to their readers to be accurate about the time and place they have put their characters in. That means you MUST do good research. You cannot rely on watching a movie about Bleeding Kansas in the 1850s and 1860s and then write a book based on how that film depicted the time, the places and the events.
As I mentioned, you can do a lot of that research on line, but NOT all of it. Libraries are still the best places to find the kind of books that will tell you what a place looked and sounded like in the 1890s. Luckily for me, I have amassed a large library of books during the past couple of decades on 19th Century America, Asia and Latin America–the main locales for my characters in the Finding Billy Battles trilogy. I have old maps of countries, cities and territories that have proved invaluable in creating accurate settings in the book.
Another challenge was getting the patois or the dialect of the time and place right. People spoke differently in 19th Century Kansas than they do today. They dressed differently. They interacted with one another differently. It was a time of face to face communication. Telephones were a rarity and of course social media back then meant meeting at church, at a barn dance–or, in the case of some people–in a saloon.
Transportation was an adventure. Trains were the fastest way to get from point A to point B–IF there were tracks. Horses were the most common means of moving about. I had to get all of that right down to the sounds, the smells, etc.
Historical fiction demands accuracy. Otherwise your readers will not believe your story. We all suspend belief when we read fiction, but even when we do, we want the story to have a true ring to it. You cannot achieve that if you aren’t accurate with the construction of your setting, the behavior of your characters and the vernacular of the era. Those were all challenges I faced, but I enjoyed facing them–just as I enjoyed facing the long line of curious readers who came to have their Billy Battles books signed at the L.A. Times Festival of Books.
In book two of the Finding Billy Battles trilogy, I will face even more challenges because Billy finds himself in French Indochina, The Philippines, Hong Kong and Singapore of the 1890s–and those places were a veritable paradise for polyglots, miscreants, spies, and people running away from something, just as Billy Battles is.
I cannot emphasize enough how important accuracy is in developing the historical novel. Readers need to trust you when you describe a place, a city, an event. They almost want you to have been there so you can present them with an accurate picture of the place and time. For me, recreating 19th Century Lawrence, Denver, Chicago, New Mexico, etc. was part of the fun of writing. I want my readers to “see” what I am seeing and what my characters are seeing, hearing, feeling.
As I said in Part One of this blog topic, I like to call my writing “Faction.” It is a blend of the journalist’s ability to gather accurate information and the fiction writer’s ability to imagine and create compelling characters and stories.
(Next: (Part Three) Three Things I Learned While Writing Billy Battles)