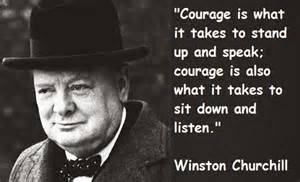 If you could have dinner with 1 person, dead or alive, who would it be and why?
Winston Churchill. He was absolutely brilliant and I would hope by the end of dinner some of that brilliance would have rubbed off on me, though I seriously doubt it.

One food you would never eat?
Monkey Brain Sushi (yes, it is a real dish in China and I won’t tell you how it’s prepared). It is considered a cure for impotence (what isn’t?).
Another dish I will continue to eschew is Balut, which is a delicacy in The Philippines. It is fertilized chicken or duck eggs in which the developed embryo is boiled and eaten from the shell. Yum!
Which brings me to some advice an old Chicago Tribune copy editor named Spokely gave me when I was getting ready to leave Chicago for my first posting as a foreign correspondent. “You are going to places that serve strange food and you will be tempted to say ‘no thank you,’ when it is offered. Don’t do that. It will be an insult to your host. When somebody offers you something to eat that looks or smells horrible, just remember Spokely’s law: Everything tastes more or less like chicken.”
What were the last couple of movies you watched?
Labor Day with Kate Winslet and Josh Brolin & Philomena, with Judy Dench.
What was the scariest moment of your life?
There have been several. One was during the evacuation of Saigon in 1975. The last day was chaos incarnate. Russian made 122mm rockets were slamming into buildings, 130mm mortars were hitting Tan Son Nhut airport, and the U.S. Embassy was surrounded by frantic South  Vietnamese desperate to get out of the country because they had worked for the American military or some U.S. agency. The city was in full panic mode. Several of us made our way to the sprawling Defense Attache Office building at Tan Son Nhut and we were finally evacuated by a U.S. Marine CH-53 Sea Stallion helicopter. It was a relief until the door gunner told me later aboard the U.S.S. Okinawa that the pilot apparently had to drop a flare to misdirect a SAM-7 (surface to air missile).
Another was during the 1989 Tiananmen Square massacre when I and several Chinese students were pinned down near the square for 30 minutes or so by Chinese soldiers shooting in our direction. Several students near me were wounded and we were helping them get to a doctor’s house nearby so he could treat them. I was convinced I was going to wind up dead in the square. Then suddenly the shooting stopped and I was able to get my Red and White Sprick bicycle that I had chained to a lamp post and peddle like crazy for the Jinghau Hotel where I was staying and from where I was filing my stories to the Tribune.
Yet another memorable moment was during the revolution in El Salvador when I and two German correspondents were stopped in our car near the town of Suchitoto by Communist guerillas. They put cloth bags put over our heads and forced us to kneel alongside the road. We were sure we were going to be executed. But suddenly the “jefe” (leader) showed up and we were set free. “Don’t kill journalists–unless they are armed,” he yelled at his troops. I was greatly relieved that I had left the 1911 Colt Pistol I had purchased a few days earlier back in the hotel in San Salvador. I believe it is still there.
Ahhh yes, the life of a foreign correspondent…never a dull moment. But I still believe I had the best job in the world and I wouldn’t trade my career for anything.
What books have most influenced your life?
Scoop, by Evelyn Waugh; The Grapes of Wrath, John Steinbeck; The Quiet American, Graham Greene; The Jewel in the Crown, Paul Scott; Kim,Rudyard Kipling; Huckleberry Finn, Samuel Clemons (Mark Twain); A Passage to India, E.M. Forster; Sister Carrie,Theodore Dreiser; The Naked and the Dead, Norman Mailer.
What do you do to unwind and relax?
What else? I read. I find reading a good book helps me escape from my own writing, which I need to do on occasion. Right now I am reading Lawrence In Arabia by Scott Anderson; The Bully Pulpit by Doris Kearnes Goodwin and A Drink Before the War, by Dennis Lehane.
Do you have a Website or Blog?
Yes, I have both. My website is called ronaldyatesbooks: http://www.ronaldyatesbooks.com and I am constantly updating it. My blog, ForeignCorrespondent, can be found at: http://j-hawker.blogspot.com. I try to post to it at least once or twice a week. I also have an Amazon Author Central page at: http://www.amazon.com/-/e/B001KHDVZI, and an Author’s Page on Facebook called Ronald E. Yates Books. It is located at:  https://www.facebook.com/pages/Ronald-E-Yates-Books/688075584557417.
What is your favorite line from a book? 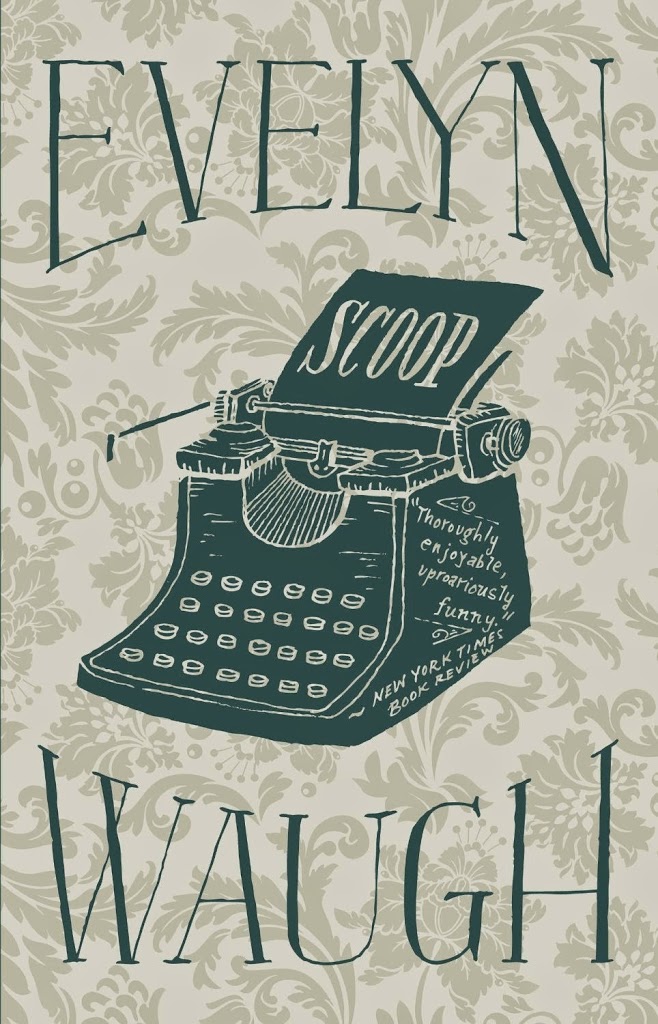 I have a couple and they are both from Evelyn Waugh: “Feather-footed through the plashy fen passes the questing vole.” It is a line from Waugh’s Scoopwritten by nature writer William Boot for the London Daily Beast just before he is mistaken for a famous foreign correspondent and sent off to the fictional African country of Ishmaelia to cover a war.
AND from Waugh’s book Vile Bodies comes this great line: “I know very few young people, but it seems to me that they are all possessed with an almost fatal hunger for permanence.”

If it was mandatory for everyone to read three books, what books would you suggest?
Huckleberry Finn; The Grapes of Wrath; Sister Carrie. Not only are these classics, they are wonderful stories about the human spirit, its resiliency and strength, and its deficiencies and weaknesses.