I was recently interviewed online by NovelPASTimes [http://www.novelpastimes.com], a blog for Historical Fiction Lovers.  Here is Part One.
Tell us a little about what you write.
I write both fiction and non-fiction. My current book falls into the historical-fiction/action adventure category. My previous books have been journalism textbooks, a corporate biography on Japan’s Kikkoman Corp. and a compilation of columns I wrote while covering Japan.
My writing plans these days are devoted to historical fiction. Finding Billy Battles is the first in a trilogy of novels about William Fitzroy Raglan Battles, his early days in 19th Century Kansas and his eventual journeys and adventures in the Far East, Latin America and Europe.
When I finish Book #3 in the trilogy, I will probably spend time writing my own adventures as a foreign correspondent in Asia and Latin America.
Are you a full-time writer or do you hold a day job?
Writing is my day job. I have been a full-time writer since graduating from the University of Kansas and joining the Chicago Tribune in 1969. I have written thousands of newspaper, magazine and opinion columns from more than 65 different countries. As a dean and professor at the University of Illinois, I wrote textbooks, newspaper columns and articles in various journals.

What is the biggest challenge/obstacle you face in protecting your writing time?
The biggest obstacle in protecting my writing time is Southern California. The weather here is almost always beautiful and sunny. The fact that I live in the Southern California wine country just north of San Diego doesn’t help either. The temptation to get out of the house, go to the beach or enjoy a long leisurely lunch at one of the nearby wineries is sometimes too great to ignore.
What historical time periods interest you the most and how have you immersed yourself in a particular time period?
Growing up in rural Kansas I was always fascinated by the state’s 19th Century history. Kansas was a pivotal state prior to the Civil War because it entered the union as a free state and was populated–especially in the Northeast–by abolitionists.
Kansas was a terminus for the Underground Railroad. After the Civil War it became about as wild and violent as any state in the union. Cattle drives from Texas, wild cow towns, outlaws, legendary lawmen and fraudsters of every stripe gave the state a wicked reputation. At the same time, the 19th Century in America was a time of amazing growth, invention, progress and expansion.
For some, such as Native Americans, this growth was not a pleasant experience and in some cases, it was quite deadly. For others, the possibilities seemed limitless. Prosperity seemed restricted only by one’s own determination and effort.
Introduce us briefly to the main characters in your most recent book.
William Fitzroy Raglan Battles is the main character in the book. His father is killed during the Civil War so he is reared by his mother, Hannelore, a second-generation German-American woman who has to be both mother and father to her only son. It is a tall order, but Billy grows up properly and is seemingly on the right path. His mother, a hardy and resilient woman, makes a decent living as a dressmaker in Lawrence, Kansas. An ardent believer in the value of a good education, she insists that Billy attend the newly minted University of Kansas in Lawrence. She is a strong influence in his life, as are several other people he meets along the way.
There is Luther Longley, an African-American former army scout who Billy and his mother meet at Ft. Dodge in 1866. He escorts them the 300 miles to Lawrence and winds up being a close friend to both Billy and his mother. There is Horace Hawes, publisher and Editor of the Lawrence Union newspaper who takes Billy with him to start a new newspaper in Dodge City. 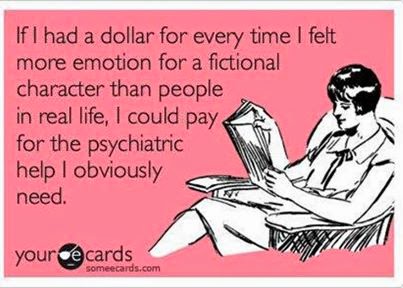 There is Ben Minot, a typesetter and former Northern Army Sharpshooter, who still carries a mini ball in his body from the war and a load of antipathy toward The Confederacy. There is Signore DiFranco, the Italian political exile Billy meets in Dodge City. There is Mallie McNab, the girl Billy meets, falls in love with, marries and hopes to live out his life with. There is Charley Higgins, Billy’s first cousin, who sometimes treads just south of the law, but who is also Billy’s most devoted camarada.
Then there is the Bledsoe family–particularly Nate Bledsoe, who blames Billy for the deaths of his mother and brother and who swears vengeance. Book one of the trilogy ends with Billy meeting the widow Katharina Schreiber, a woman who in Book Two, propels Billy into a series of misadventures and dubious situations.
What drew you to write this story?
I was intrigued with the idea of a 19th Century Kansas boy forced to deal with a string of tragedies and misadventures who eventually makes his way to the Far East in search of himself. How would he handle himself in such strange places as French Indochina, the Spanish-controlled Philippines, Hong Kong, Singapore, etc?
I spent most of my career as a foreign correspondent in Asia and I often wondered what it would have been like to have been in that part of world in the 19th Century. This book gives me (and my readers) an opportunity to find out.
What are you working on now?
I am working on Book #2 of the trilogy. It begins with Billy aboard the S.S. China headed for Saigon from San Francisco. Aboard the S.S. China Billy meets the mysterious Widow Schreiber who may or may not be a good influence on him. He also meets a passel of shady characters as well as some old friends from his days in Kansas, etc.
Events conspire to embroil him in a variety of disputes, conflicts and struggles in places like French Indochina and the Spanish-American War in The Philippines–events a Kansas sand cutter is hardly equipped to deal with. How will he do? You will have to read Book #2 to find out!
A reader once asked me this question, and I thought it was a good one. Is there ever a time when you feel like your work is truly finished and complete?
I don’t know if that ever happens. I do know that at some point, YOU MUST LET IT GO! Writing a book is a bit like rearing a child. Eventually, after you have imbued the child with as much of your worldly experience and wisdom as he or she can grasp and absorb you have to allow your creation to encounter the world. It’s the same with books.
Writers can fiddle with plots, characters, endings and beginnings ad nauseam and never feel the book is really finished. My advice. JUST FINISH THE DAMNED BOOK! Get over it and get the book out into the public domain. Readers will let you know if you have finished the book–and if they like it.
If you could be a character from your favorite historical novel, who would you be?
Woodrow Call from Lonesome Dove OR John Blackthorne from Shogun. 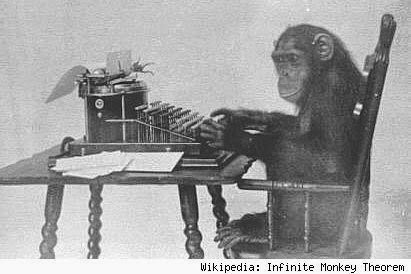 What is the biggest misconception the general public has about authors?
I don’t know if those who do not write for a living understand just how difficult writing is. Many believe that writers work from inspiration and that the words simply leap onto the page (or into the computer). In fact, while inspiration is a wonderful thing, it is not what makes a good writer or book. Writing requires significant research, whether fiction or non-fiction. It requires a facility for organization and a keen sense of plot, pacing and story.
I don’t believe writers are “born.” They evolve over time as a result of significant experience in the craft. Finally, not all writers are brooding, intractable alcoholics or unbearable misanthropes who feel their creations contain irrevocable and definitive truths that most of humanity is too stupid to comprehend. In fact, most successful writers are excellent storytellers and they like nothing more than to have their stories read by as many people as possible–even if those stories don’t always possess immutable truths.