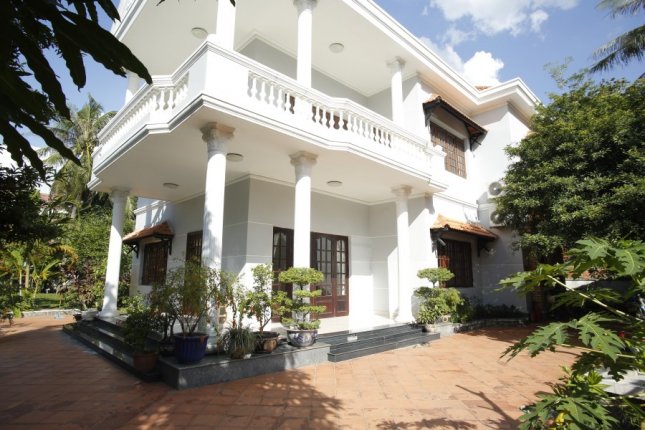 [The following story appeared recently on the Investopedia webiste (http://www.investopedia.com/). In light of the upcoming 40th anniversary of the fall of Saigon, I thought some of my readers might find this story fascinating. Who woulda thunk it back in 1975? Not me.]

More and more Americans are retiring abroad. As of 2013, 373,224 retired Americans were living outside the U.S – an increase of 25.000 more than two years before. One big reason is that Americans do not, as a rule, save enough money to live the way they’d like to in the U.S., once they’re on Social Security.

So if you have traveled to Vietnam in recent years and found it a very appealing place, you might want to consider actually moving there when you retire. Actually, even those who have never been there might choose it for a new home. Vietnam is famous for its beautiful beaches and surprisingly enough, also famous for its friendliness to Americans.

As Seymour Hersh said in the New Yorker’s March 30, 2015, issue, “Diplomatically, the U.S. is considered a friend, a potential ally against China. Thousands of Vietnamese who worked for or with the Americans during the Vietnam War fled to the United States in 1975. Some of their children have confounded their parents by returning to Communist Vietnam, despite its many ills.” So they too are Americans and expats. You’ll have company.

Each year, International Living’s Global Retirement Index ranks retirement destinations around the world, measuring factors such as climate, healthcare, benefits and discounts, and cost of living. Vietnam scored 100 on IL’s 2015 Cost of Living measurement, meaning that its cost of living is the lowest.

This is, of course, a basic example that assumes your monthly expenses stay exactly the same over the years, that your retirement savings are not growing through investment, and that you have no other income or expenses (e.g., tax liabilities) during retirement.

It’s also an example that leaves out Social Security, which most Americans get, for an average of $1,328 a month – over $2,000 for a couple. That, of course, will make all the difference in giving you flexibility in your retirement. You will have the money to make trips home occasionally, for example, or to survive a bit of inflation. Having your income based on the dollar, the world’s most valued currency, also makes a big difference in foreign lands.

According to Expat Arrivals, more and more modern apartments are being built in Vietnam. These complexes usually include laundries, gyms and swimming pools. Rent for such a two-bedroom apartment might be about 14 million VND per month in Ho Chi Minh City (formerly Saigon), but such places are also available to buy as condominiums (prices are better negotiated on site).

Expatlife.com says to use just one agent in the housing search, because “as most of them use the same database of available accommodation, you would probably end up viewing the same places again and again, wasting both time and money. Only consider changing agents if you’re not being shown the types of property you want.”

As to other expenses, prices vary all over the country, just as housing does. They will be higher in big cities, especially in the centers of those cities, and lower as you move outside the center of the city. On average, though, an inner-city bus fare is 5,000 VNDs for a single journey and a taxi in Ho Chi Minh City is VND 12,000 per kilometer.

As one popular comparative web site (numbeo.com) puts it, consumer prices, including rent, are 50.21% lower in Vietnam than in the United States, grocery prices are 52.80% lower, and restaurant prices (especially important if one of you — or both — says he or she is sick of cooking) are a whopping 68.58% lower, although one example they cite, a meal for two in an inexpensive restaurant is, at the equivalent of $1.85, a significant 81.48% lower! And the food in Vietnam is very high quality, according to everyone who’s been there – tending toward the French in the North (Hanoi) and American in the South (Ho Chi Minh City).

One big advantage of choosing Vietnam is the fact that many Vietnamese know English, and more are learning every day. (English is a mandatory course in primary schools, but some older Vietnamese will speak more French than English.) Learning the language of a new country is usually a very difficult part of adjusting to a new culture.

But here is where Americans are in luck: “The more technology and globalization has progressed and diffused, the more English plays an important role in the world,” according to Erika Sakaguchi, a Japanese university degree candidate. And the Vietnamese very much want to do business with Americans.

The uncertainty of anyone’s lifespan makes it impossible to predict if $200,000 alone (in addition to Social Security) would be enough to last through retirement anywhere – even in a country with a low cost of living such as Vietnam. But there is absolutely no doubt that living abroad during retirement can offer U.S. citizens a better quality of life for their money. You can stretch your retirement dollars much further.

As with any retirement destination abroad, it’s a good idea to visit the area more than once before making any decisions – and try to visit from a resident’s perspective, rather than as a tourist (in this case, maybe one long, investigative visit would do it). Seek out expats when you’re there; they’ll have discovered a lot that might coincide with your own perspective, and they will probably be happy to share that information.

In addition, taxes for those retiring abroad can be quite complicated. As such, it is always recommended that you work with a qualified attorney and/or tax specialist when making plans for retiring abroad. Be sure to check out Plan Your Retirement Abroad on Investopedia, as well as Top 5 Things To Do When You Retire, and the wealth of blogs and websites about retiring in Vietnam. Google that phrase and you will find almost more information than you can possibly handle, all of which needs to be confirmed when you go.
Read more: http://www.investopedia.com/articles/personal-finance/042115/retire-vietnam-200000-savings.asp#ixzz3Xtk8fChx
Follow us: @Investopedia on Twitter