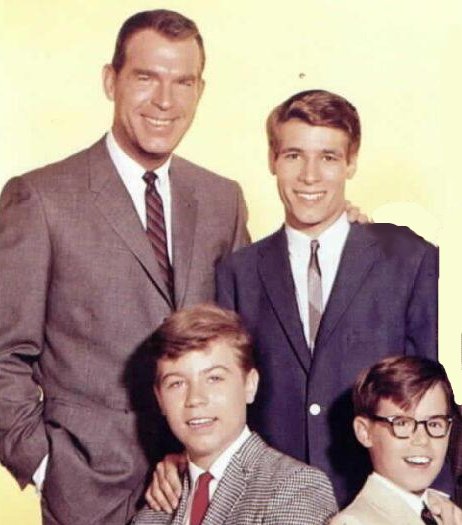 Yesterday was Father’s Day and all over America the concept of fatherhood was feted.

Well, almost everywhere. There was that Angel Soft ad in which adults wish their single mothers a Happy Father’s Day.

It’s bad enough that fathers have become so devalued in our society; why then did the marketing geniuses at a toilet paper company have to infringe on the one day of the year where fathers get a little recognition with an ad that appears to further the notion that fathers are superfluous? You can see the ad here:  Angel Soft Father’s Day to Mothers.

At first this ad didn’t bother me. I am confident enough in my role as father to two daughters that I didn’t begrudge this paean to single mothers, for whom I have the utmost respect.

But then I thought: “What would people say if the same ad ran for single fathers on Mother’s Day?”

There are more than 70 million fathers in the United States. But even more telling, according to a Pew Research Center analysis, is the fact that the number of single father households has increased about ninefold since 1960, from less than 300,000 to more than 2.6 million in 2011.

In comparison, the number of single mother households increased four-fold during that time period, up to 8.6 million in 2011, from 1.9 million in 1960.

Fatherhood, as we all know, is more than the act of procreation. With it comes responsibility–a fact that is often lost on some fathers who seem to think it is OK to plant their seeds everywhere and then forget about the ensuing seedlings.

The Father’s Day we celebrated this past Sunday is NOT about those deadbeats. Nor is it about the way Hollywood and too many television and cable production companies like to portray fathers today.

Take a tour with your remote of the kinds of shows that have a family theme to them and I bet you will find a majority depict fathers within one of these stereotypes (1) abusive; (2) lazy and uncaring; (3) philandering; (4) an incompetent, bumbling idiot; or (5) a pompous twit.

As a child of the 1950s, I was exposed to a much different kind of father in film and on television.

Granted, these were idealized notions of what a father should be, but so what? Is there something wrong with creating an elevated benchmark for fatherhood that we can aspire to?

I can remember fathers like Jim Anderson (Robert Young) of “Father Knows Best” (he didn’t always); Ward Cleaver (Hugh Beaumont) of “Leave it to Beaver” (the Beaver and brother Wally could be a handful) ; and Steve Douglas (Fred McMurray) of “My Three Sons” (McMurray was the quintessential “every-father”).

Look around. You won’t find any fathers like those (moral, smart, caring, loving) in today’s line-up of TV shows or movies.

Instead, you get the doofus dad stereotype, and sadly he has become the norm. Granted, there have always been dumb dads in the media. Dagwood Bumstead and Fred Flintstone come to mind. But those guys were the exception. Today they are the rule.

Why? Statistics demonstrate that a father today spends more time with his children than he did 30 or 40 years ago. Yet, he is still often portrayed as distant and uncaring–or even worse, as doltish and no match for his smart-ass, bratty kids who outwit him at every turn.

Along with the stereotype of fathers being dumb or violent, I am concerned about a society that minimizes the father’s role in the home. The media consistently portray fathers as stupid and un-needed. Think about the message being sent to boys or girls or young people: males are not needed or dad is not needed. It becomes a dangerous, self-fulfilling prophecy.

It creates a kind of social domino effect by programming young men who then refuse to take care of their kids, and kids who will not respect or understand males or their fathers, and women who simply say: “Oh well, fathers are not needed anyway.”

That is not simply an opinion. According to Pew, today, two-thirds (67%) of households with children are headed by two married parents; in 1960, this share was 92%.

And therein lies a large part of the problem. Too many single moms and single dads are trying to play both parenting roles. And while some single parents do an admirable job of managing both roles, most do not.

Finally, there is this. A Pew Research study recently showed that six in ten Americans (58 percent) say it is “extremely important” for a father to provide values and morals to his children.

Roughly half say it is critical for a dad to provide emotional support (52%) and discipline (47%). And just 41% say providing income for his children is one of a father’s most important responsibilities, according to a national survey.

But if you watch American television you are left with a different impression. According to the geniuses who write sitcoms and other TV shows, the number one role of American fathers is to show the world how stupid, uncaring, and unneeded they are.