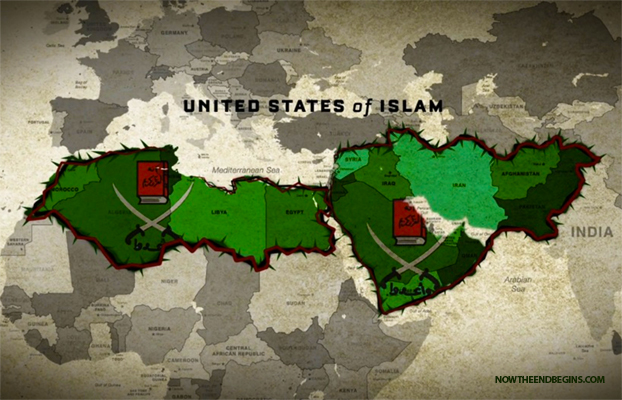 Like millions of other Americans I watched President Obama deliver a 13-minute oval office speech Sunday night that was supposed to provide some assurance that our alleged commander-in-chief was going to do his job and protect our country from Islamic terrorists.

Instead, what we got was another lecture on gun control and a warning not to scorn Muslims. After it was over, I had the feeling, as I always do after an Obama speech, that somehow Islamic terrorism in America is our own fault.

Where was the leadership? Where was the promise to wage war on Islamic terrorists and the Islamic Caliphate they pledge allegiance to?

Answer. There was none.

Unlike French President François Hollande, who declared war on ISIS and its army of cutthroats after the attacks in Paris that killed 129 people, Obama seems to see our battle with radical Islam as some kind of minor Islamic crime spree.

In addition, like Attorney General Loretta Lynch his greatest fear seems to be that there will be some kind of backlash against Muslims in America.

Here is a stark fact. No matter what you think of former President George W. Bush, after the attacks on September 11, 2001, there were no further terrorist attacks on American soil. The same cannot be said during Obama’s time in office.

Under Obama, there have been at least three Islamic terrorist attacks in America. First, came the 2009 attack at Ft. Hood, Texas by a Muslim army major that left 13 people dead.

Obama refused to call that a terrorist attack, referring to it as “workplace violence.”  Sunday night, more than six years later, and for the first time, he publicly identified it as a terrorist attack. Hallelujah.

Next, came the Boston Marathon bombings in 2013 that killed three and left 260 others wounded and maimed. Even then, he was reluctant to describe it as Islamic terrorism.

Now, we have the San Bernardino attacks by two Muslims who apparently pledged their allegiance to ISIS and spent more than $30,000 to buy weapons, ammunition, and explosives. While the White House’s first knee jerk reaction was to label the San Bernardino attack as workplace violence, Obama was forced to admit that the attack that left 14 dead and another 21 wounded was pulled off by two Islamic terrorists.

Nevertheless, an analysis of Obama’s speech revealed that he spent nearly 20 percent of his Oval Office address on terrorism to urge Americans not to be racist, about twice as long as he took to describe the threat of ISIS.

In the 1,910 words he spoke, he spent 372 words telling Americans not to discriminate against Muslims, compared to 160 words directly referencing the threat of ISIS. Obama used an additional 131 words, roughly 7 percent of the speech, to talk about the need for stricter gun laws.

“The threat from terrorism is real — but we will overcome it,” Obama said.

“Overcome it?” How about defeat it, wipe it off the face of the earth, and annihilate the thugs and cowards who decapitate infidels, rape non-Muslim women, and murder children in the name of Allah and his alleged messenger, Muhammad?

In his address, President Obama vowed to continue airstrikes against ISIS and the use of special ops forces. He also defended his opposition to sending American troops after the terrorists.

“We should not be drawn, once more, into a long and costly ground war in Iraq or Syria. That`s what groups like ISIL want,” Obama said.

However, as British Prime Minister David Cameron said after the Paris attacks, the war with Islamic terrorism is “the war of our time…our generation…and we need to recognize it as such.”

America needs President, a Commander-in-Chief who understands that fact and who is prepared to lead our country and the free world to victory the same way that British Prime Minister Winston Churchill and President Franklin D. Roosevelt did against Nazi Germany and Imperial Japan during World War II.

Like it or not, acknowledge it or not, Cameron is correct. The war with radical Islam is our World War III and we have an appeaser-in-chief in the White House who refuses to recognize that fact and who is more horrified at the thought of offending Muslims than eradicating the Islamic Caliphate and its goons.

The fact is if the civilized world refuses to take the fight to ISIS on the ground in Syria and Iraq, Islamic terrorism will never be defeated.

Instead of telling us, he is preparing a strategy to obliterate the Islamic Caliphate, Obama dashed from the Oval Office and changed into a tuxedo. Then he slipped into the rear seat of his armored limousine and headed for a night of festivities at the Kennedy Center.

The show must go on. How reassuring.