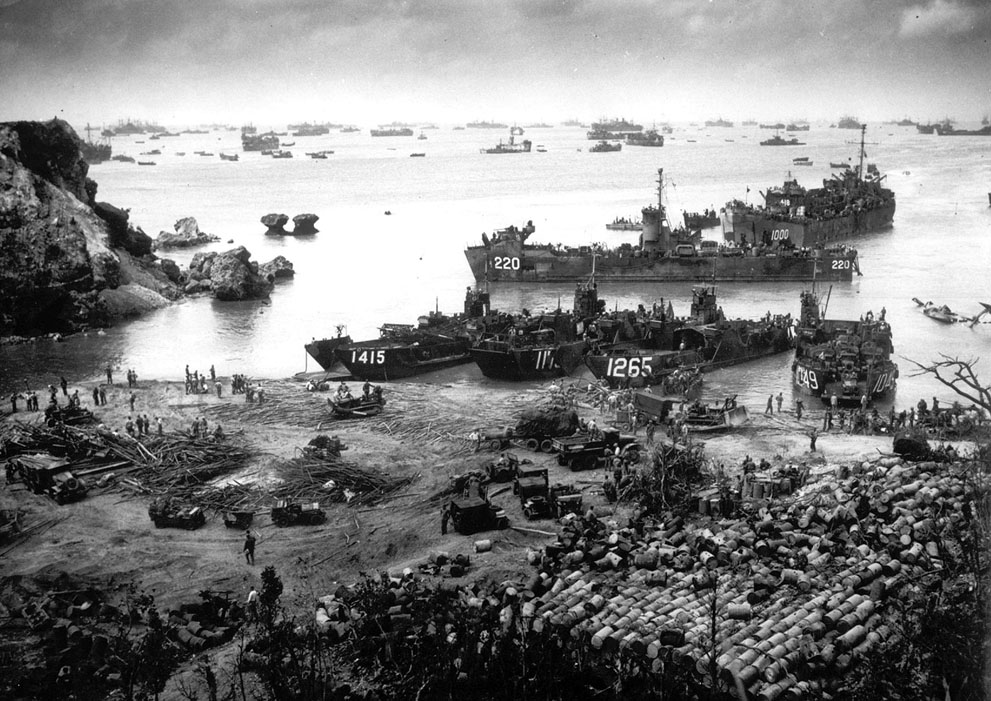 During my career covering war and mayhem around the planet I often came across stories that spoke to the less violent side of humanity.

Granted, those were few and far between because when human beings engage in war the “softer” side of soldiers’ personalities are not often on display. After all, they are there to kill the enemy.

That is why back in 1986 when I was the Chicago Tribune’s Chief Asia Correspondent I was intrigued when a man from Chicago contacted me in Tokyo and told me an amazing story about compassion and survival during the battle for Okinawa in June 1945.

His name was Eli Ponich and the story he told was one of those little tales that often go unnoticed in the fog of war.

In fact, his story and that of the Japanese soldier who was a critical participant in it, remained buried in the two men’s memories for more than 40 years. Neither of the men ever mentioned the transformative event that had such a profound impact on their lives.

Today, I am sharing the story I wrote about these two men with my readers. It appeared on the front page of the Chicago Tribune and generated a profusion of mail from those who read it. I hope you will find it just a compelling today as when I wrote it 30 years ago.

‘I am glad we are both still alive’

TOKYO–The last time Eli Ponich and Akira Ishibashi met was in a cave on the east coast of Okinawa. It was mid-June, 1945, and it was one of those little moments of truth in the eternity of combat that young soldiers experience so often–and old ones never forget.

Sgt. Eli Ponich of the U.S. Army’s 715th Amphibious Infantry Battalion, unarmed and carrying a wounded Japanese child in his arms, suddenly found himself face to face in the dim cavern with Pfc. Akira Ishibashi and another soldier, both snipers in Japan’s Imperial Army. Ishibashi, as he had been conditioned to do, reflexively jerked his rifle to his shoulder and aimed it point blank at the American soldier. 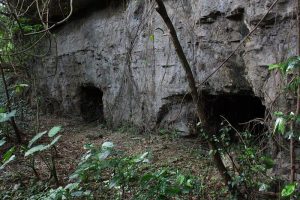 For a brief moment, both men stood there looking into one another’s eyes. It was quiet and Ponich could almost hear the furious pounding of his heart. Ishibashi’s finger tightened on the trigger of his M-99 Imperial Army rifle.

Then Ponich, remembering how physically wrung out and weary of war he was, simply sighed and turned his back on the Japanese soldier. Kneeling down, he took out his canteen and began to clean the wounds of a small boy who had been shot through both thighs.

Ishibashi paused and regarded this American soldier. His orders were explicit: He was to kill every American he saw. But from his hiding place in the cave tucked inside Nakagusuku Bay, he had watched Ponich order his platoon to leave their weapons in three amphibious landing craft parked on the beach so the men wouldn’t frighten the wounded and homeless Japanese civilians who had taken refuge in the same cave.

He had watched as Ponich and his men gave the people food and first aid and helped them to the landing craft for transport to a local field hospital. And he had watched as Ponich, the last man out of the cavern, had looked around one last time and spotted the terrified 5-year-old boy hunkered down in a hole, shivering in pools of his own blood.

Now this American sergeant was tending to a wounded child, seemingly unconcerned about his own life. Ishibashi’s finger slid away from the trigger.

Then Ponich did something Ishibashi would never forget. After cleaning the boy’s wounds, the American stood up with the boy draped in his arms, turned toward Ishibashi and bowed.

Ishibashi lowered his rifle and the second Japanese soldier did the same, letting the American walk out of the cave.

For 40 years, Ishibashi never told anybody–not his wife, Sata, not his four children, not his friends–about the incident. But like Ponich, he never forgot it.

About a year ago Ishibashi read a story in Tokyo’s Mainichi Shimbun newspaper about a World War II veteran from Bellwood, Ill., who had written an open letter to the Japanese people, thanking the two Japanese soldiers who had spared his life in an Okinawa cave in 1945. Ishibashi contacted the newspaper and said he probably was the man this ex-GI was looking for.

Last week Sgt. Ponich and Pfc. Ishibashi met for a second time on Japanese soil. This time, it was not in a dank cave, but in the cavernous New Tokyo International Airport in Narita. And it was almost as riveting as the first time they had met.

As Ponich and his wife, Eleanor, walked into the busy terminal after passing through customs and immigration, a small man in a beige suit stepped out of a crowd of Japanese photographers and reporters and stood at attention.

Just as they had done in that cave so long ago, Ponich and Ishibashi, both 68 now, looked into each other’s eyes. But what they saw this time was not fear or malice or the weariness of war. This time there was only recognition and the barest hint of tears.

“Thank you for sparing my life,” Ponich said, grasping the bespectacled, white-haired Ishibashi’s hand with both of his own and searching desperately for the right words to say to a man he never knew, but to whom he owed so much. “I will never forget you. You are a kind and warm-hearted man. Arigato. (Thank you.)”

Ishibashi, still standing ramrod straight, regarded Ponich much like he had done four decades before. Ponich’s once-black hair also had turned white with the years, but Ishibashi had no doubt that this was the same American soldier.

“Your hair was blacker then,” Ishibashi said, a lump in his throat. “But as soon as I saw you, I knew that you were the same man. I am happy to see you after all this time. I am glad we are both still alive. It seems like a miracle to me.”

The two men, who had never spoken a word to one another before, but who had somehow managed to communicate in that cave 41 years ago, spent the next several minutes exchanging life histories.

After the war, Ponich had returned to Chicago, married and become a successful plasterer whose work can be seen, among other places, in the Frank Lloyd Wright Home and Studio in Oak Park.

Ishibashi, who had been trying to get back to his unit’s headquarters when he ran into Ponich, eventually was captured and returned to Tokyo where he was released by the American occupation forces. He married in 1948 and operated a restaurant in Chiba, north of Tokyo, until he retired three years ago.

He said he never learned the name or the fate of the other Japanese soldier.

“I never told anybody about the incident in the cave,” Ishibashi said. “I knew that 100,000 Japanese soldiers and civilians had died on Okinawa and I wondered what their relatives would have thought of me if they knew I didn’t kill an American soldier when I had the chance.

“But I also knew that Japan was losing the war and in those days, nobody, not even the Japanese, would help a Japanese person wounded in the street. Those people were expected to kill themselves so they wouldn’t be a burden. But here was this American soldier helping wounded Japanese civilians and he was carrying this little boy in his arms. How could I shoot him?

“It may sound funny, but we looked into each other’s eyes and I think we understood each other,” Ishibashi said. “We didn’t say a word, but somehow we communicated. Then he stood up with this boy in his arms and he bowed. I think I returned the bow and turned away and when I turned around again, he was gone.”

Ponich never mentioned the incident, either. After all, just as Pfc. Ishibashi had disregarded orders by not firing his rifle, Sgt. Ponich had gone against the book by ordering his men to disarm themselves when they went into the cave.

“I never mentioned it, but I never forgot about it, either,” Ponich said in Tokyo last week. “How could I? The man could have killed me. But he didn’t. He showed me humanity.

The story of Sgt. Ponich and Pfc. Ishibashi could end right there, but it’s not quite finished. There is the matter of the wounded little boy.

Ponich left the youngster with an American Army field hospital and returned to his unit, where he continued in the bloody battle for Okinawa that had begun almost three months before. But as the years passed, he often found himself wondering about the child.

“He was incredible,” said Ponich, as he prepared last week to leave Tokyo for Okinawa to search for the boy he hoped had lived to become a man. “He had those bullet holes in his legs and he was in awful pain, yet he never cried, never complained. If I could just find out what happened to him, it would be the perfect ending to the story.”

(NOTE: Eli Ponich finally found the boy whose life he saved that summer day in 1945. After the war, the boy and his family immigrated to Brazil. In 1987 Ponich traveled to Brazil and met the boy, now 45—an event that brought closure to both men.)