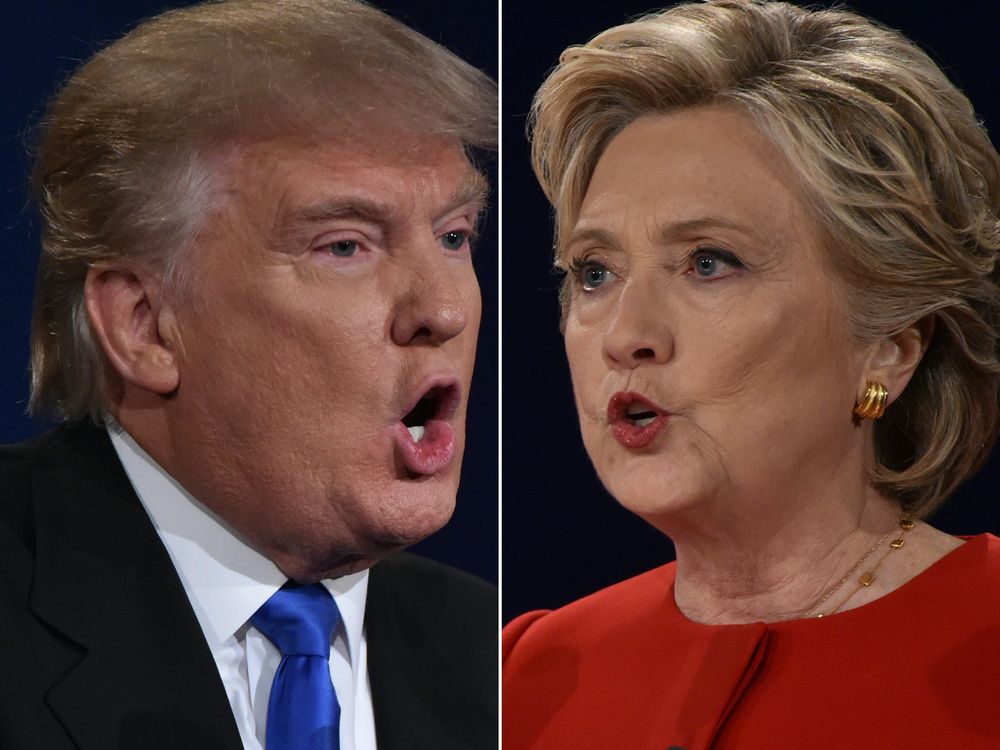 The following article appeared in the American Thinker Oct. 13. Given that Wednesday is the last debate of the 2016 Presidential election and given that Donald Trump is experiencing unparalleled smearing directed by the Clinton Machine, I think we can safely say Donald Trump is toast. The article below appeared BEFORE at least ten women (one of whom is now 74) came forward last week to tell the media that as far back as 20 and 30 years ago Trump groped them and made unwanted advances. Add that to the “hot mic” incident of 11 years ago, and things look pretty bleak.

Even if Trump prevails in Wednesday’ debate (which I doubt) Hillary is going to spend most the evening bludgeoning him with her pseudo-pious gavel of loathing for his alleged “war on women.” Then, with barely three weeks left before the polls open, the Clinton Mafia will spread more manure designed to bury Trump once and for all in the rising rubbish heap of failed GOP presidential candidates. And, while all of this is going on, Republicans like Mitt Romney, the Bushes, McCain, and other establishment GOP figures will continue in their masochistic quest to make sure Hillary Clinton is elected.

Way to go Republicans. You deserve what you’re going to get: at least a 4-year extension of the Obama reign (and possibly eight, if the old crone endures that long), as well as a Supreme Court, packed with judicial activists and anti-Constitution deconstructionists, as well as the further decline of a once-great nation that leads insipidly from behind rather than from strength. God help us.

Trump’s 2005 hot mic scandal is an example of why the GOP always loses to Democrats. This is a perfect illustration of how the GOP leaders run for cover while Democrats unify for the good of their agenda.

Instead of rallying behind the party candidate, GOP leaders would rather promote their own personal pride and moral high ground. Division like that does not win presidential campaigns. The GOP has always had a chronic case of “it’s all about me” as opposed to “it’s all about us.”

What did we learn on October 7, 2016? Did we learn that Trump is attracted to beautiful women? Nope! He was married to three supermodels and had kids by all three. Did we learn that Trump ogles women and uses vulgar language? Nope! What heterosexual red-blooded American man has not done this in the past among friends? Did we learn that the most pious of the GOP have never ogled a woman or made a crude comment? Yes! Apparently, Senate Majority Leader Mitch McConnell and House Speaker Paul Ryan have never uttered a foul word about a “hot babe” to a friend or colleague. Further, many leaders in the GOP have never done it either because they are all chastising Trump for his lewd comments.

Let us examine for a moment Hillary’s email scandal, FBI investigations, Benghazi, and multiple congressional investigations (not to mention her husband’s scandals). Through them all, Democrats circled the wagons and protected their own. This is why they win. The agenda, the party, it is all bigger than one person. When Hillary Clinton says “Stronger Together,” she is not referring to the American people. No! She is referring to the Democrat Party.

Clinton’s email scandal, according to FBI Director James Comey’s own words, put national secrets at risk. Not even her fiercest rival in this Democratic Primary race, Bernie Sanders, would speak ill of her. In fact, in the first Democrat debate with Anderson Cooper, Sanders said, “I think the Secretary is right, and that is, I think the American people are sick and tired of hearing about your damn emails.” Hillary smiled and thanked him… the crowd roared with approval. Even at his own peril, Sanders helped sweep under the rug what might hurt the party.

As First Lady Michelle Obama campaigns for Hillary, not a word is mentioned in the media or among Democrat pundits how Michelle Obama said that Hillary was unfit to run the White House. At a 2007 campaign event in Chicago, Ms. Obama said, “If you can’t run your own house, you can’t run the White House.” But that was then, and this is now. In 2016, Hillary is the anointed one and President Obama, and Michelle are on record as saying, “there is no one more qualified for the presidency than Hillary Clinton.”  Rally the troops, circle the wagons, and never ever show dissension in the party ranks!

When it comes to the Republican Party… dissension is their middle name! Trump used foul language… Trump ogled a woman… Trump made reference to what he would like to do to that attractive woman… Compared to what Hillary has done, this is minor. But according to several GOP leaders, this is unforgivable and Trump should drop out of the race. All because the moral high ground is more important than winning the White House. You cannot win in politics if the moral high ground is more important than the party’s agenda.

GOP leaders should have silenced their party while privately recommending that Trump issue an apology. Americans are quick to forgive. Then, the morning after the apology, GOP leaders could hit the talk show circuit pointing to the apology and urging Americans to focus on the pillars of the campaign, border security, rebuilding the military, law and order, reducing taxes, and reducing regulations. That is what should be the focus of this election season, not some lewd comment that Trump made 11 years ago. What difference — at this point, what difference does it make? (Sound familiar?)

Unfortunately, they chose a different path, breaking the cardinal rule… never show dissension. To quote Godfather Vito Corleone to his son Santino, “Never tell anybody outside the family what you are thinking.”  The Democrats live by this commandment. The GOP, on the other hand, breaks this rule with predictable regularity. Until they learn the lesson, they are destined to lose battle upon battle.

Advice to Mr. Trump: disavow Republican leaders. Paint them as part of the problem in Washington, the establishment that is against you. Remind us that you are the outsider that will finally make a difference because you are not owned or controlled by anyone with a political agenda greater than “Make America Great Again!”