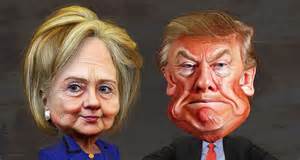 Yesterday, I, along with thousands of other subscribers to the The Guardian, one of the U.K.’s most famous and respected newspapers, received a hand-wringing letter from Lee Glendinning, the editor of its U.S. edition.

In it she suggested that Donald Trump’s victory over Hillary Clinton has put the United States on the brink of calamity. She suggests Trump’s victory spells doom for immigrants, minorities, and women and that now is the time for the news media to do its job. It was all I could do to keep from gagging on every misguided syllable.

Rather than answer Ms. Glendinning with a letter to the editor that she will never see, I decided to provide my response here.

I received your letter in which you say that because of Donald Trump’s victory over Hillary Clinton in the U.S. presidential election, many people in America and around the world, are frightened.

You go on to say:

“Trumpism has exposed faultlines of cynicism, racism, misogyny and xenophobia, and awakened long dormant white nationalist groups. This election has revealed America to be a deeply polarized nation. As Trump assumes the world’s most powerful office, we must work to protect the US’s open, multicultural democracy which celebrates diversity of perspective and plurality of voices, especially with the Republicans winning the House of Representatives and much of the Senate. Trump will face few checks on his power.”

Okay. The first thing you should do is resist the knee-jerk reaction to assume that a Trump administration is going to be racist, misogynistic, and xenophobic. What you should be doing is examining the millions of Americans who came out in droves to elect Donald Trump. After eight years of the divisive, impracticable economic, and imprudent social engineering policies of Obama, those people who Trump called the “silent majority” spoke loudly and forcefully. They did not want an extension of the intrusive and divisive Obama regime, which is what a Hillary Clinton administration would have been.

This country takes great pride in its resistance to Federal government meddling and infringement. Sadly, too many people in the media view the United States only from the perspective of the left and right coasts, with everything in the middle being a vast intellectual and cultural wasteland.

I spent much of my professional life as a reporter and foreign correspondent for Chicago Tribune. I was always amazed at how most members of the international media view the United States through lenses that are focused only on places like Washington, D.C., New York, Los Angeles, and San Francisco while remaining blind to the people and cities of the heartland.

It isn’t called the heartland for nothing. It is where the unfeigned heart of this country beats. Just look at where most of the red states are located, contrasted with where the blue states are. People from the heartland, are not “a basket of deplorables,” as Hillary Clinton so foolishly and contemptuously said. They are the backbone of America; the fiber and filament of our country and to dismiss them as racists, misogynists, and xenophobes is to do them a great disservice.

In your letter, you say now is the time to support journalism that is both fearless and free:

“Never has the world needed independent journalism more. Through our reporting, the Guardian will hold Trump and his administration to account. We will strive to uncover the truth if those in power hide behind falsehoods. We will continue to sort fact from fiction. When underrepresented experiences are ignored, we will find ways to make sure they are heard.”

Why wasn’t that done during the Obama reign when most of the media chose to ignore Obama’s destructive domestic and feckless international policies or during the campaign when the media toiled tirelessly to ignore and hide Hillary’s misdeeds and transgressions? Why the clarion call now that Donald Trump is our new president?

I agree with you on one point. Independent, accurate, fair, and balanced journalism is critical to our democracy. Sadly, the news media today have shown themselves to be unable or unwilling to commit to that kind of journalism. Instead, too many news stories are laced with opinion, innuendo, inaccuracies, and outright fabrications. This is a gross annulment of journalistic responsibility to provide the electorate with unbiased information so it can make informed decisions and choices.

Is it any wonder that trust in the news media in this country has sunk to a new low?

Why then, would you expect readers, as you ask in your letter, to fund your work by becoming a supporter or by making a contribution?

Doing that would be like giving heroin to an addict or providing a glutton with a well-stocked pantry. It enables the same aberrant behavior.

It seems to me that this election was about more than electing a new president. It was also a referendum on the press and its declining power to sway opinion and behavior. The only thing worse than reproaching and denouncing the media, which happens often these days, is to ignore it.

And that’s exactly what American voters did this past Tuesday when it sent Donald Trump to the White House.