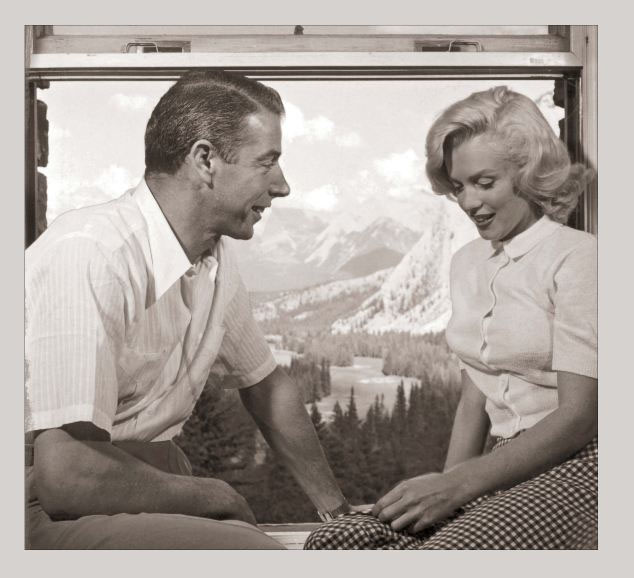 During the recent World Series, won in seven games by the long suffering Chicago Cubs (hoorah!), the conversation, as it often does, came around to the greatest baseball players of all time.

Discussions like that are exasperating and always incomplete—especially when the discussants represent multiple generations. Evaluating baseball players from different eras is a hopeless, unremitting endeavor. So I am not going to go there.

What I will do, however, is share with you a story I wrote for the Chicago Tribune on the occasion of Joe DiMaggio’s 65th birthday, November 25, 1979. Joe died 20 years later on March 8, 1999, eight months before his 85th birthday.

Now, I realize there may be some (but only some) who may not know who “Joltin Joe” DiMaggio was. Let’s just say that along with Babe Ruth, Lou Gehrig, Alex Rodriquez, Mickey Mantle, Derek Jeter, Yogi Berra, and Whitey Ford, Joe DiMaggio, also known as the “Yankee Clipper,” resides in the pantheon of New York Yankee greats. His career spanned 15 years from 1936 to 1951, with two years away (1943-45) in the U.S. Army Air Force during World War Two.

DiMaggio was known for his grace in center field and was considered, along with Willie Mays, one of the best center fielders of all time.

But he is also known for something else. Many considered him the symbol of an era in America that we will never see again. It was an era memorialized in Simon & Garfunkel’s classic song “Mrs. Robinson,” which was written at the height of the unpopular Vietnam War when the nation was ripping itself apart and many longed for a simpler, less divisive time.

The lyrics of that song say it all:

“Where have you gone, Joe DiMaggio,

Our nation turns its lonely eyes to you.

What’s that you say, Mrs. Robinson.

Jolting Joe has left and gone away,

So when I suggested to my editors at the Tribune that I interview DiMaggio when he turned 65, I knew I would be interviewing a legend. The problem was getting the interview. Joe DiMaggio was a very private person. He didn’t like doing interviews. Luckily for me, a long-time sports writer at the Tribune knew Joe and called him for me.

“Ron’s not a sports writer; he’s a foreign correspondent, and he was in Saigon when it fell,” the writer told DiMaggio. That bit of information intrigued DiMaggio, who had gone to Vietnam many times to support and entertain the troops.

“Okay, can he be here next Wednesday morning?” Joe asked. “I’ll give him an hour.”

As it turned out, Joe and I talked more than three hours. It was more of a conversation than an interview, and I could tell Joe felt at ease. At one point he even invited me to join him and some of his old buddies from the San Francisco 49ers in a private room in the back of the restaurant.

“We sit around and swap lies,” DiMaggio told me. “You might get a kick out of it.”

He didn’t have to ask me twice. What an experience. It’s one of the few times when I agreed to keep my notebook closed. “I don’t want the guys to get nervous,” Joe said.

DiMaggio introduced me this way: “Ron’s a war correspondent. Left on those evacuation helicopters from Saigon back in 1975. He has some great stories.”

But the “great stories” were not mine. They came from Joe and the others that November afternoon 37 years ago in a backroom of DiMaggio’s restaurant near San Francisco’s Fisherman’s Wharf.

It was one of those times that I thought to myself:  I have the greatest job in the world. I can’t believe I get paid to do it.

To read the story I wrote click on the link below: