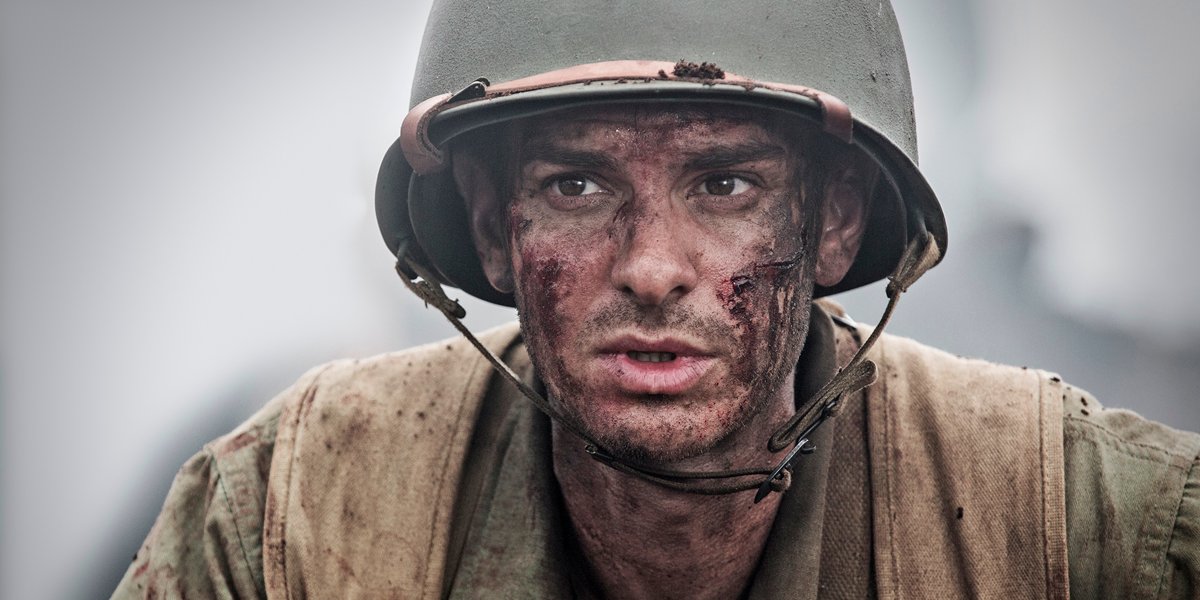 It’s tough enough to go into battle with a weapon. Imagine doing so without one! But that’s what Desmond Doss did during WW II. He was a conscientious objector and served as a medic during the Battle of Okinawa. His actions during one day saved the lives of 75 of his fellow soldiers.

The account I am reposting below tells Doss’s story as well as that of two other men who won the Congressional Medal of Honor without ever firing a shot in anger. The article was originally posted by War History Online. I hope you enjoy this story about three astonishing soldiers. Ron Yates

There have been three conscientious objectors who were awarded the Medal of Honor – the highest military honor in the US – without ever firing a weapon.

One of those men is Desmond Doss, who has had his story translated to the silver screen in “Hacksaw Ridge,” a new movie directed by Mel Gibson. Andrew Garfield plays Doss who saved 75 lives in the Battle of Okinawa. Garfield has been nominated for a BAFTA for his portrayal of Doss.

The US allowed conscientious objectors during World War II to serve in noncombat roles; most worked as medics in the Army. This enabled them to serve without carrying a weapon.

Doss was a Seventh Day Adventist who was drafted in April 1942. After receiving the status of conscientious objector, he enrolled as a medic in the 77th Infantry Division.

Doss was harassed by the other soldiers, and his commanding officer tried to get him discharged with a Section-8 (meaning he was mentally unfit for service). Doss refused the release stating that he felt he would be a poor Christian if he accepted a discharge that implied he was mentally unstable due to his religion.

In 1944, Doss got his first taste of combat. He served in Guam and Leyte in the Philippines – receiving the Bronze Star for his actions. The movie focuses on Doss’s time in Okinawa. Doss prayed and then the 77th captured the 400-foot Maeda Escarpment without any deaths and only one minor injury. When asked how they did it, the soldiers replied, “Doss prayed!”

On May 5th, the Japanese countered and drove the Americans off of the escarpment. 75 injured soldiers were left behind.

Private Doss stayed behind with the wounded. In the constant enemy fire, he treated the injured and then carried them to the edge of the escarpment and lowered them, one at a time, on a litter. He continued his rescue efforts for two weeks without injury. Finally, a grenade sprayed him with shrapnel. Doss continued for five more hours in spite of his wounds.

The citation on his Medal of Honor gives him credit for saving 75 lives that day. The medal was presented to him by President Harry S Truman on October 12, 1945.

Two conscientious objectors would later receive the same honor during the Vietnam War, Thomas W Bennett, and Joseph G LaPointe Jr; both, like Doss, held religious convictions which posed a moral crisis in the face of their call to military service – also choosing to serve as medics on the field. Bennett and LaPointe, however, did not survive their experiences.

Bennett’s platoon was ambushed in the midst of the thick, triple-canopy jungle; everyone dived for cover, except Bennett, who rushed to aid the injured. Under near-constant assault, he aided and comforted his wounded comrades over the next day or so; before being shot as he jumped up to dart the 30 feet to an injured platoon, choosing to risk exposing himself to heavy rifle fire.

Joseph G LaPointe was a medical aidman attached to the 101st Airborn Division; his patrol coming foul of an enemy bunker while assisting with a combat helicopter assault mission. Hearing the call for aid, LaPointe crawled through enemy fire – in plain view of the bunker – to assist two wounded comrades, shielding them with his own body.

Repeatedly wounded and knocked down, each time LaPointe would return to his position and continue to administer aid to the two soldiers while shielding them with his body. All three were killed by an exploding enemy grenade before LaPointe could stabilize them and evacuate them to safety.

Both Bennett and LaPointe were awarded their Medal of Honours posthumously, in 1970 and 1971 respectively. Doss, Bennett, and LaPointe may have found their place in the historical records; but it’s up to us to keep their memory, and the memory of their actions, alive.

The two men received their medals posthumously. Bennett’s was awarded in 1970 and LaPointe’s in 1971.

Check out the trailer for Hacksaw Ridge here: https://www.youtube.com/watch?v=8g5mQ69ROvo